iOS 6 and above support the full Unicode emoji set of characters, as well as the backwards-compatible emoji from iOS 5 and earlier which were based on the proprietary format used in Japan. All native iOS apps can view emoji.

iOS has supported emoji since iOS 4, but first became available as a keyboard option outside of Japan in iOS 5.

A sample of Emoji characters from iOS 8.0 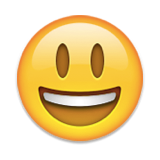 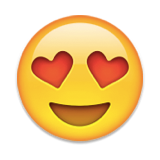 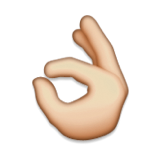